One of the most underrated gems of Oceania due to its relatively obscure status, the Federated States of Micronesia, with its crystal blue waters, sandy shores and coral reefs, offers a sense of happiness to the wayward traveler that very few destinations ever can.

While the Federated States of Micronesia is a sovereign nation today, that wasn’t always the case. The archipelago has been under control of various colonial powers, from the Spanish and Portuguese, to Germans and Japanese. It finally went under the comtrol of USA in 1947. It was only in 1986 that the Federated States signed a Compact of Free Association with the United States, which allowed it to maintain its independence so long as it accepted defence support from the USA.

An archipelago of some 607 islands, the Federated States of Micronesia may not be the easiest destination to reach, but those who have visited here will always speak of the game-changing experience visitng here has been for them.

Like most of its neighbors, natural beauty is the highlight of this place. Included are some stunning lagoons, sandy beaches, and kaleidoscopic corals. Adventure sports enthusiasts will have no dearth of things to do here, which includes, but is not limited to boating, diving, trekking and snorkeling.

Another rare gem that this place has to offer is its culture. The Micronesians culture is an eclectic and curious blend of customs, folklore and languages, which can only be seen and experienced to be believed and talked of. Micronesians believe in staying to their roots, and several aspects of their lives prove this – from the full-fledged use of their ancient stone currency to their use of traditional garments and their time-honoured music and dance ceremonies.

Some facts about Federated States of Micronesia: 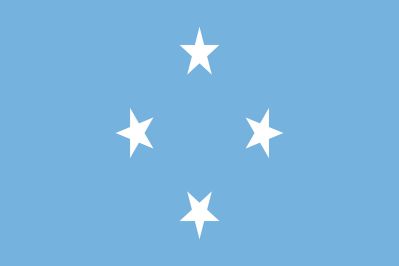