Located in the heart of Polynesia, American Samoa is an ideal place for those who wish to go somewhere that’s well-known, yet off the beaten track. Made up of hundreds of small islands, American Samoa boasts a kind of natural beauty that has few, If any, parallels.

The name, American Samoa, often brings a question to the mind of readers – the truth, however, is that while the country belongs to the United States, it isn’t a part of it.

The seven freckles of land that make up American Samoa are abound with rich woodlands, tropical forests and of course, a large collection of volcanoes. While they have been inactive since as far as 1911, they have a historic role in the formation of the land and are in fact what makes it picturesque and unique and gives it the status of being one of the world’s most photogenic destinations. The cavernous lava tubes and perfect sandy beaches within the backdrop of a clear deep blue sea makes for a spectacle that attracts tourists from all over the world.

The island has several spots that are waiting to be explored – the most prominent of them being thee Pago Pago on the island of Tutuila. The town is has always been – and still is – one that specializes in fishing, and sports one of the world’s most spectacular natural harbors.

If you’re looking to explore a place which holds on to its roots, American Samoa is the place to be – this place is abound with idyllic villages whose inhabitants prefer to cling to time-tested, traditional ways. Even with the influences of modern civilization, cultural institutions continue to have a hold on the way of life.

With such an abundance of natural beauty, it’s hardly a surprise that outdoor adventure is at its best here – from hiking through breath-taking trails of the National Park, to surfing near the beaches, and trekking across jagged landscapes, there’s plenty to do here that can help you take a break from the world and explore yourself. Literally.

Some facts about American Samoa: 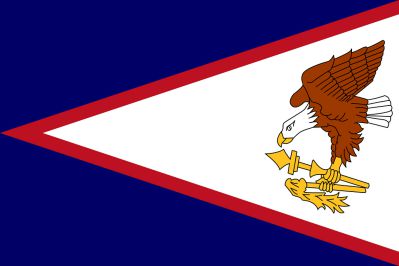